skip to main | skip to sidebar

Posted by Richard on Tuesday, 23 February 2010
ILSON 2060 Production
Well I did it I directed my first ever film which is another great achievement. It took us all in all about 4 hours with a lunch in between with lots of people asking me and the crew what it was we were all doing. Finally a vision of mine turned into a film and well ok its only going to be a short film but in just a few minutes will be some intense madness believe me.
The film Ilson 2060 will be dark and unsettling to some and is not intended for a wide screen audience. I have always been more a cult film appreciator than a mainstream blockbuster viewer well I tell a lie I love watching big budget films with lots special effects but as an art form I much prefer indie low budget films. 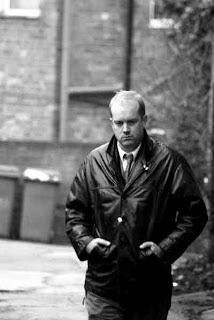 James the star of the film playing the agent presented an awesome performance and I was vile to him on set because it shattered him and created a realistic look. I made him run about over and over again towards the end of film to show that deflated confidence and it worked well. 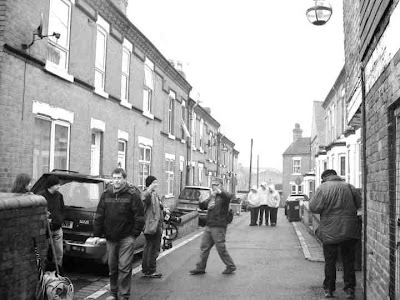 You might be just able to see me in the middle of the picture directing aggressively making sure it all looked good and worked. I had to remember in my head all of the shots which was easy even though I had to shoot the film back to front due to casting time. The weather was nice and gloomy on the day which was perfect and I hope we captured the steam coming out of the chippy. Now its on to post production and I can't wait I love film editing. 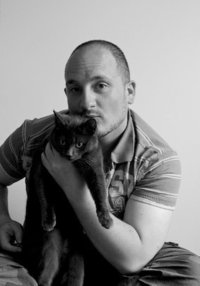 Richard
Unknown, Unknown, United Kingdom
Well here goes my life for all to read. I hope you find my life to be of some interest. Enjoy reading.